Before going to Brittany, to face Guingamp this Saturday at 8pm, ASSE’s goalie mentioned the first deadlines of 2019 for the Verts.

In what type of atmosphere did you celebrate the end of the year?

When the results escape us, the atmosphere does as well. This year, we’re going to try to continue on the same track as we did in 2018, continue our streak and to go seek points as an away team. We don’t have a clear objective declared but we’re competitors. We want to obtain a European qualification.

How do you judge the position of ASSE in the rankings?

There were many whistles blown against us like in Nice or Bordeaux which means today that we have fewer points but we have to deal with it. The VAR is part of Football now. For the moment, it hasn’t played out in our favour but we have to hope that that will balance out between now and the end of the season.

What do you think of the Stéphanois defense?

Our team is playing more, so we expose ourselves more. I regret that we let in several goals due to dead ball situations or penalties, that’s been a bit of a burden on our defensive ranking. This season, we’re letting in more goals that we did in past seasons but we’re scoring more too. A beautiful game must please our fans. The fact of playing with four or five defenders changes nothing for me. I’m used to playing in all types of systems.

What is the secret to your consistency?

It’s constantly questioning myself after a training session or a match. You can’t see yourself as being better than others, stay humble and work. I may be reproached for not being more visible, for not speaking more but that’s my philosophy. I pay no mind to the critics because I know where I want to go. I prefer being discreet and being on the field every weekend.

What is your opinion of Jean-Louis Gasset?

He’s a great coach, his experience speaks for him. He’s brought us much professionalism in the preparation of matches. He has an extraordinary knowledge of Football and he knows how to speak to the players. He always has the right words to jab and to compliment us.

Fabrice Grange, coach of ASSE’S goalies, did he contribute to your evolution?

Fabrice (Grange) contributed to my progression. Everyone knows that we’re very alike, even off the field. Certain people may not understand it but that’s how it is. Fabrice is there to make me work, to tell me things, we know how to reassess ourselves when we must. As a duo we work well together.

Do you seeing yourself finishing you career with ASSE?

I’m very good here and one thing is for sure, I will not leave a club that is in the top 5 French clubs to play to maintain a team’s league status in a foreign championship just to make more money. That doesn’t interest me. What I want is to have fun. My happiness comes from playing great matches in a great club. That’s what Saint-Étienne is for me.

After the qualification in the round of 32, can the Coupe de France be an objective for ASSE?

In the Coupe de France, nothing is acquired. It’s not because we’re AS Saint-Étienne that we can’t lose against Dijon or another team. In a match, things might not turn out in our favour. Every match is difficult. Guingamp’s victory against Paris (Coupe de la Ligue) can give people ideas but, like for the championship, we’ll have to take it one match at a time.

About the championship, next week will be marked by two confrontations…

It’s for these matches against Marseille or Lyon that we’re Football players. We’ll have the chance to play on our home turf so it’ll be up to us to win. But I’m not thinking of these teams at the moment. This week, no one spoke about Marseille or about Lyon. Everyone is focused on Guingamp. What’s important to us, it’s always the next match.

What do you think of Guingamp, ASSE’s next adversary?

Guingamp is no longer the same team. They have a new coach, a new game philosophy, and a team that is going to continue to reinforce itself. They nevertheless beat Paris on their home turf so they’re bound to be confident in their stadium, but we’ll go there to seek points. It’s up to us to maintain our good momentum, to take points as an away team in order to obtain our objectives because we’re not there to dream. We take matches one after another because we all want to go as far as possible in order to play a European competition next year. We want to play it again for our fans and for the club. Even if there is one less qualifying place, I think that we have the means to earn a place without counting on the titles of Paris.

Does ASSE have a chance of finishing on the podium?

It may be this year or never but if that must be done it will take place thanks to our performances. Saying that we want to finish on the podium is good, but we have to do things. I don’t have any doubt regarding the quality of our team or our skills. Right now, we have to meet the expectations every weekend. For the moment, we’re four points from second place (Lille). We’re a bit behind, but we’re there. Playing for the first five places is always difficult because the championship is long and the level in Ligue 1 has become greater, even the great players coming from abroad realize this. In order to play for the first five places, you have to take points as an away team and win great matches. 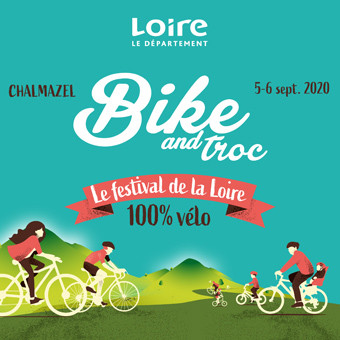