The Stéphanois right-back has experience to contribute and knows that a qualification for the European cup plays out also on a mental level.

Being fourth in the rankings, you’ve went from being the hunters to the hunted…

We know that, behind us in the rankings, teams are putting the pressure on. It won’t be obvious until the end. We’re going to concentrate on ourselves, I think that’s the priority in order to really accomplish something at the end of the season. The most important thing is to be focused on our game.

What is your analysis of the match against Nîmes?

Things were a bit irregular, especially in the first half with the goal that we let in quickly. We knew how to rectify the shot thanks to great solidarity. Loosing the ball certain times could have been avoided. Overall, we proved our character and that’s the main thing. Technically, you have to be up for it. But, the priority is victory. That’s what’s important for us for the end of the season.

Have you changed your way of approaching matches as an away team?

Not especially. There was the victory in Caen that did us well, that’s for sure. We know that on our home turf we’re strong. But, in order to pull off a qualification for the European Cup we have to go look for points outside the Geoffroy-Guichard stadium. We’ve said it to one another. Since then, things have been going better.

In Caen, your last trip, it seemed to us that the team felt liberated.

We’re in the final sprint so we don’t have too much choice in that regard. We just have to put ourselves in the best conditions possible, be mentally prepared. At the training sessions, we know what we have to do because the staff has instilled in us their game philosophy throughout the entire season. From now on, we just have to set the goal of winning a qualification for the European Cup. That would be good for the entire club and our fans.

Last season, the match in Amiens (2-0) was also your first match wearing the jersey of the Verts. What is your memory of that?

That’s still a very good memory with a goal and, especially, a victory in the end. I continue thinking that Saint-Étienne was the best choice, the wisest choice. I don’t doubt that at all. I’m very happy to wear this jersey. 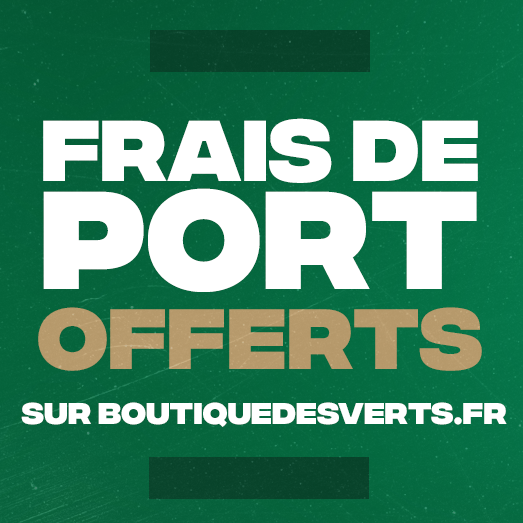